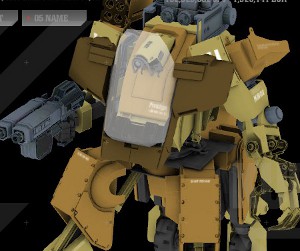 Riding a giant robot could be many people’s childhood dream, now finally it has become a reality. Suidobashi Heavy Industry has created a four-meter high giant humanoid robot called Kuratas.

Just press a button on the front of the robot, and the cockpit will open for you to climb in. Once inside, a large LCD display will be presented for you to control the robot. The basic system starts at $1.35M, however, you can shop for additional parts to customize your own version of Kuratas. What goodies can be added? You can buy an iron crow for 80k, a lohas launcher for 100k, a kuratas hand gun for 70k, or a pilebunker for 50k, check out all the available parts at their online store, more options will be available in the coming future.

Anything to complain? Yea, somehow Kuratas still requires 4 wheels to move around (yea, sort of looks like a huge car / tank?). Hopefully, future versions of Kuratas would look more like a “Gundam”, i.e. more like a humanoid robot walking on 2 legs. 🙂

This site uses Akismet to reduce spam. Learn how your comment data is processed.